Safety Fabrications Ltd wanted to develop a new davit arm and socket system that could be used on tall structures to improve rope access for building maintenance. Their unique product idea avoided permanent obstruction on roof tops and allowed for easy installation and removal. After drafting up initial designs, the weight of the davit needed to be reduced by over a third. However, this needed to be achieved without compromising on strength while still meeting the British Standards (BS) specification. 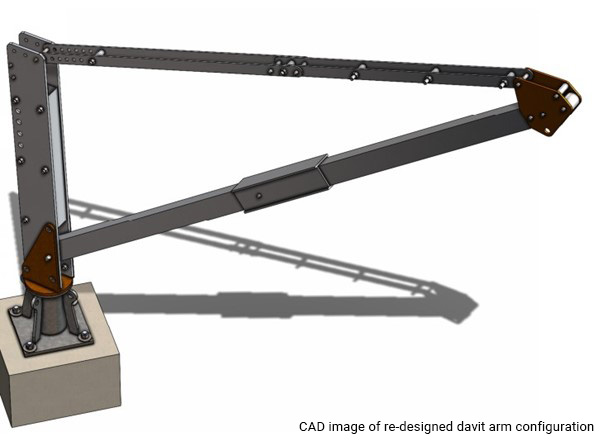 Some of the parameters the design had to exceed included:

Academics from Sheffield Hallam reconfigured the initial davit layout design and created a suitable design which adopted a plated structure. By working collaboratively, academic expertise was shared with Safety Fabrications Ltd which allowed them to create a prototype design that was ready for manufacture and testing.

As a result of the support provided by the Sheffield Innovation Programme, Safety Fabrications Ltd were able to release a new product into the market. The davit arm is now considered to be an established product within the client’s range, and they are optimistic it will become one of their key products, accounting for up to 10% of their revenue.

Working with engineering specialists within the university allowed us to theoretically explore a range of options prior to manufacture & physical testing.”

Get in touch with us today to start your project